Visit the Rocks in Ft Lauderdale 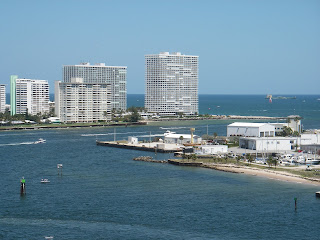 At the south end of the beach in Ft Lauderdale is the ship channel. The rocky shore that lines the north end of the channel is called, the Rocks. In addition to watching the ships, you have a great view of the beach and shore birds. 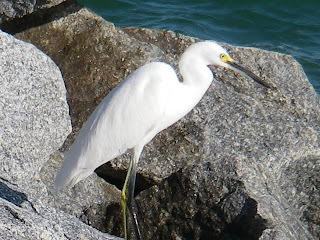 Assuming that you fly into Ft Lauderdale a day early for your next cruise and have a quiet evening planned, then we suggest a visit to The Rocks to watch the cruise ships depart. On most weekend evenings (Friday – Sunday) you can watch six (or more) cruise ships leave Ft Lauderdale, heading to foreign destinations.  Since the ships must exit the port via the ship channel, you will be within two hundred yards  to each departing cruise ship.  We call it cruise ship spotting!
In late March, we visited The Rocks on Saturday evening, and were rewarded by watching 5 of the 7 cruise ships leave port.  We arrived at 4:30 and left around 5:30.  If you like watch ships sail away, then it can be an enjoyable evening.   However, take a water bottle.  There are NO facilities at The Rocks.  The Rocks are an easy walk from the public beach in Ft Lauderdale. 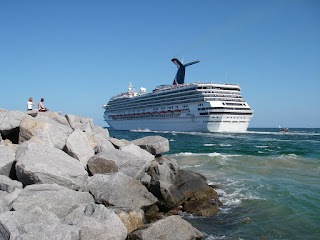 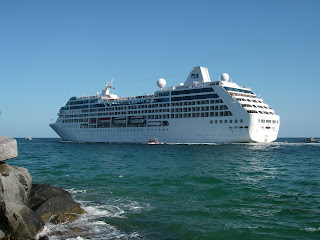 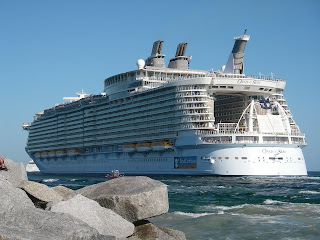 Oasis of the Seas (Royal Caribbean) 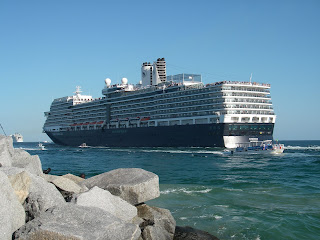 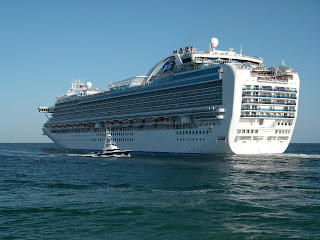 Crown Princess
More pictures from The Rocks
Posted by Garry at 11:03